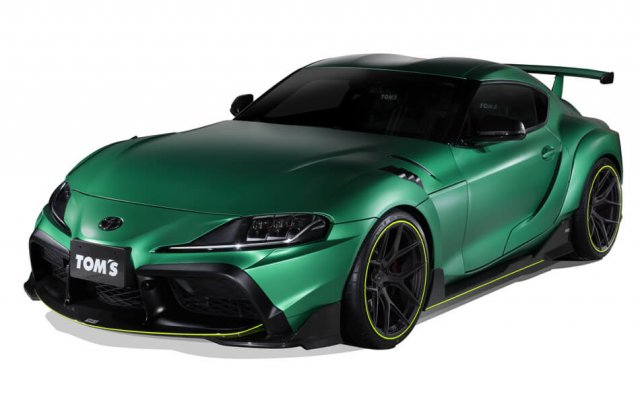 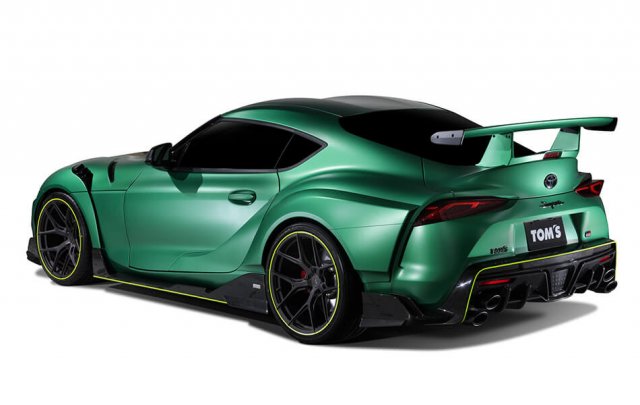 TOM'S began as a factory-authorized tuning shop in Japan in the 1970s, and didn't take long to start modifying and racing Toyota Supras. So it's no surprise that the company got its hands on the new A90 Supra, its BMW running gear being no barrier to the company's work. The real surprise is the other vehicle on TOM'S menu: the Toyota Century, the company's luxurious and exclusive VIP transport. Both debuted at the Tokyo Auto Salon recently.

At least there's precedent for "tuned" Centuries, even if it's a strange one: Akio Toyoda, the company's CEO, built a "Gazoo Racing Masters of Nurburgring" variant of the luxury sedan. It seems more like a one-off special for the CEO than a production model, but there you go. The TOM'S Century doesn't alter the V8 hybrid powertrain, but does add a bodykit and custom interior (that sadly we don't have any photos of yet). A custom exhaust rounds out the changes.

The TOM'S Supra is more involved. The exterior gets a lot of carbon fiber parts — front, side, and rear diffusers, a large rear wing and curvaceous overfenders. TOM'S Advox coilovers and six-pot Brembos help with cornering and stopping duties. The engine gets a tune, larger intercooler, and a better-flowing turbo that breathes through a TOM'S exhaust system. The inside (again, not pictured) gets seats and an aluminum wheel. The mods are good for 120 horsepower over the stock Supra, and it's 3.3 inches wider overall. TOM'S claims increased downforce, too.

The TOM'S Supra (roughly $129,180) will be limited to 99 units, and the Century ($255,600) to 36 units. They will not make it to the U.S., although we're sure that if you waved enough money at TOM'S they would send the parts over to do much of the conversion to the Supra yourself. If you're in Japan or have enough cash that where you're located doesn't matter, you can read more about both models at the TOM'S site.
You must log in or register to reply here.
Share: Facebook Twitter Google+ Reddit Pinterest Tumblr WhatsApp Email Link